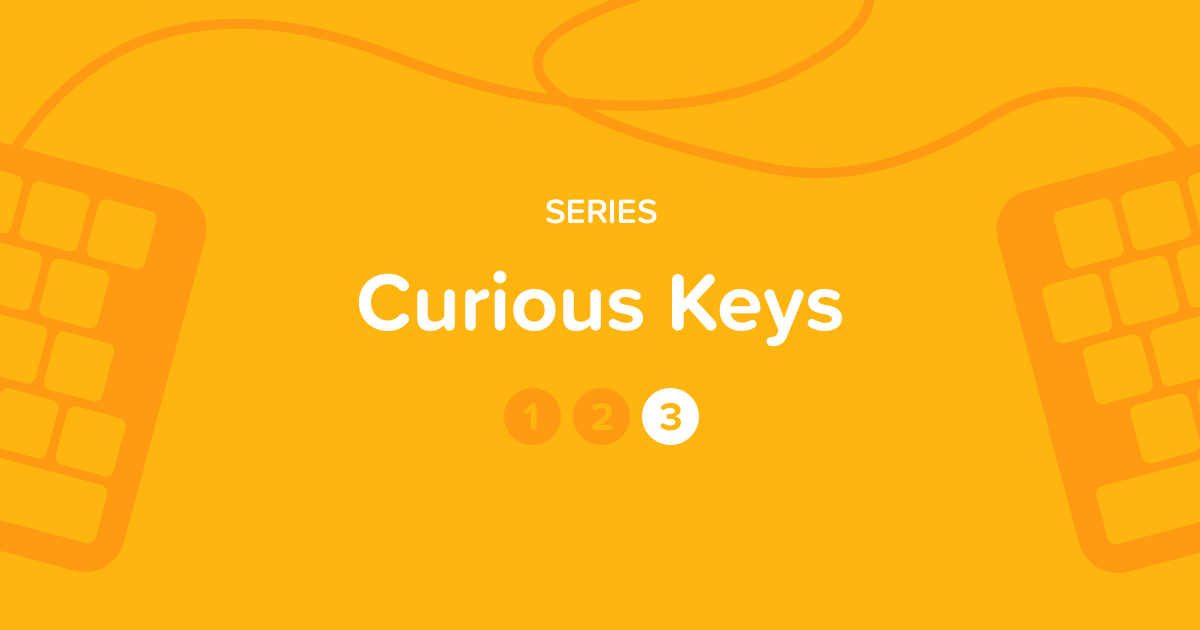 Since the beginnings of computing, keyboards have evolved technologically, but they still retain a rather conventional shape. In this latest article in our series, we explore different layouts aimed at making keyboards more ergonomic.

Let’s face it: the most popular keyboards aren’t necessarily the most ergonomic. The QWERTY layout helped alleviate the mechanical issues of typewriters, a now obsolete consideration. Otherwise, how could we explain that the basic position for the two indexes is on the and the , when they are not the most common letters? And what about the rectangular look of the keyboard? It’s certainly very convenient for manufacturing, but does not correspond to the angle and the organic shape of the hands that use it. It’s no wonder, then, that different keyboard designs attempt to alleviate these annoyances. Let’s explore two categories: keyboards that adjust their physical shape and those that change the layout of the keys.

Changing the Shape of the Keyboard

This first category offers the advantage of finding a more comfortable keyboard without having to completely relearn the finger placement and technique. The modifications can be modest and give a little more ease, with a simple elevation in the center of the two hands and a thin separation to create an angle, to respect the natural alignment of the wrists.

If we’ve stretched the separation between the two hands, why not cut the keyboard in half? Several models allow the keyboard to be split in the center to position the parts further apart, at shoulder width and at the angle of the arms, which improves comfort for the shoulders and the neck.


Changing the Layout of the Keys

For languages using the Latin alphabet, there are three main key layouts: QWERTY, QWERTZ, and AZERTY. Several countries have created their own variations based on these keyboards. For example, the CSA (Canadian French) keyboard uses QWERTY, but with different keys, including , and . The same goes for the Spanish , Norwegian or Turkish .

In all languages, new special characters have taken off considerably in recent years. Manufacturers have sniffed out the gold mine and are offering models with a column of additional buttons, specifically for emojis.

From an ergonomic point of view, the layout of the keys designed by American researchers August Dvorak and William Dealey in the 1930s aims to maximize user comfort. The keyboard is named after the inventor, Dvorak — no, it’s not the first characters in the top row! Read our blog post on this keyboard maestro.

If you want to go even further, it is possible to design your own keyboard. Some manufacturers offer an assembled keyboard with entirely programmable keys. Those who are even braver can make their own by ordering the parts. Good luck! 🛠


In closing, no matter which keyboard you choose, remember that the principles of the Typing Pal method always apply:

One last tip: If you type slowly, there’s no point in investing in the gadgets we’ve introduced you to in our article series. Instead, learn the right method with Typing Pal!